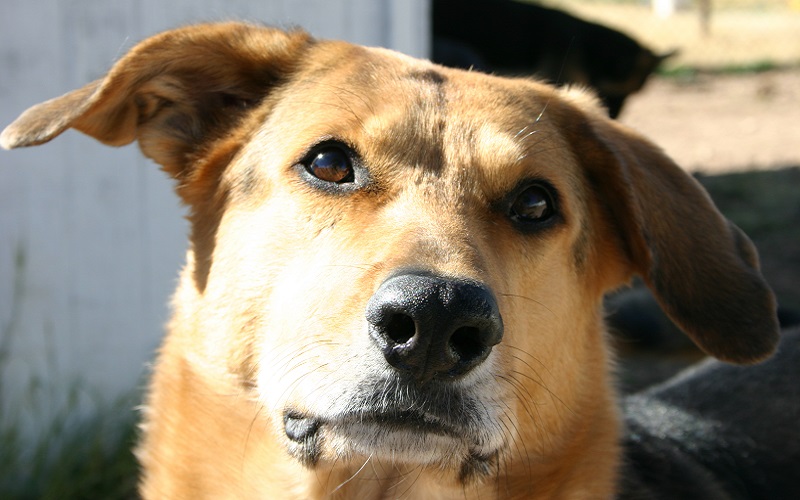 If your dog is allergic, you are likely looking for the best dog foods for dogs with allergies, but it’s important to learn more about these diets before developing high expectations. The most popular dog foods for dogs suffering from allergies are diets containing novel proteins or hydrolyzed proteins. These are special diets for dogs with allergies that are meant to help keep the symptoms at bay, but they’re not always as promising as thought. Understanding how they work and what studies have to say about them is important to to make an informed decision. A Word About Protein

Many dogs who are allergic to dog food are allergic to certain proteins. The primary proteins found in most dog foods consist of lamb, chicken, or beef. According to Cummings Veterinary Medical Center at Tufts University, the most reported food allergies are to chicken, beef, dairy, and eggs.

Food allergies in dogs occur when the immune system perceives a protein found in the food as a foreign invader. The immune system therefore builds up a a response and releases histamine which results in itchy skin and ears, and even annoying ear and skin infections.

Proteins are composed of large molecules that are made up of several smaller units known as aminoacids. Aminoacids play an important role in the proper functioning of cells, tissues, muscles, organs, glands, tendons and arteries. Aminoacids also help repair tissue and play a role in removing waste from the dog’s body.

Because studies tell us that there are really no accurate tests to diagnose food allergies in dogs, the most popular method to diagnose which protein a dog is allergic to remains the dietary elimination trial through the use of dog foods made with novel proteins or foods containing proteins that have been hydrolyzed.

In a dietary elimination trial using novel proteins, dogs are fed a diet that generally consists of just one protein and one carbohydrate and all the remaining ingredients are fats, vitamins, and minerals. As the name implies, a novel protein diet consists of a source of protein that the dog has never been fed before and this is why these diets often contain odd or unusual meat sources such as lamb, venison, bison and even kangaroo!

When your vet suggests your dog must do a trial using a novel protein diet, it’s important to stick to the same food for 2 to 3 months and assess whether the diet is working. During this time, it’s imperative that you do not feed your dog anything else other than the novel proteing diet. This means absolutely no treats or table scraps during this period, explains veterinarian Dr. Andy.

If your dog seems to dramatically improve during the feed trial, then this suggests that your dog was allergic to something in his old food. To confirm this though, more proof is needed, and the best way to obtain this is to switch the dog back to the old diet again. If the symptoms recur, then yes, most likely your dog likely had an allergy to a protein in the old diet, but  the next thing though is discovering exactly which one so to avoid it.

Did you know? Most dog owners think that grains are the most common culprits for allergies in dogs, when in reality, most pets are allergic to proteins, according to Clinical Nutrition Service at Tuft’s University.

Hydrolyzed diets, unlike novel protein diets, usually contain less exotic  sources of proteins. The term hydrolyzed derives from the Greek word “hydro” meaning water and the word  “lysis” meaning “to split.” Put these two words together and you have “to split in water.” Basically, in a hydrolyzed diet for dogs, a molecule of water is added to the protein so that the protein is broken down into smaller molecules.

Remember how it was mentioned before that proteins are composed of large molecules that are made up of several smaller units known as aminoacids? Well, when the protein is broken down, it’s basically split into its smaller components, which consist of amino acid chains (polypeptide chains) and free amino acids.

Did you know? Infant formula has been hydrolyzed for years to help infants better tolerate cow milk. When you introduce a novel protein diet or a limited ingredient diet (with no more than 2-3 ingredients) to your dog, you expect to know exactly what you are feeding when you read the food label. However, a recent study  on limited ingredient commercial diets  found that a large number of these diets contained fish and meat ingredients which were not listed on the label!

This is “food for thought” for those dog owners who are scratching their head wondering why their dogs aren’t improving when put on an elimination trial. Of course they are not, dogs are being exposed to allergens through the very exact food that is supposed to be helping  them feel better, what irony!

Before assuming your dog is not responding well to the food trial, it may be therefore be worthy trying a home-prepared diet containing a novel protein that has been carefully formulated by a board-certified veterinary nutritionist. After all, a study has shown that when it comes to an elimination diet for the diagnosis of a canine adverse food reactions, a home cooked diet was equally reliable as an extensively-hydrolyzed diet.

“Dogs might fail to respond to commercial limited antigen diets because such diets are contaminated with potential allergens… Before ruling out AFR (adverse food reaction), a novel protein home-made diet should be considered if the dog is unresponsive to a commercial regimen.”~Ricci R. et al, Journal of Animal Physiology and Animal Nutrition