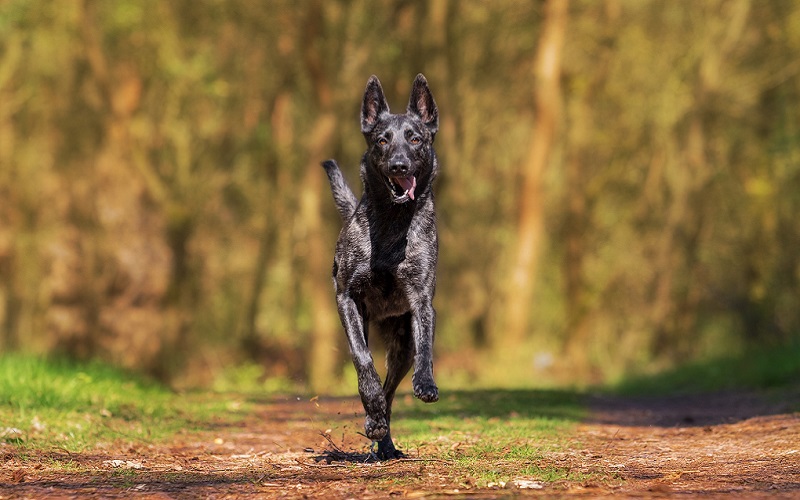 If your dog has liver issues, you may be looking for the best diet for dogs with liver problems so that you can help your canine companion out. The liver is a very important organ, and providing it with as much support as possible through diet and supplements is paramount when the liver is facing problems. Veterinarian Dr. Ivana Vukasinovic explains the important role of the liver and what should be in the diet of dogs suffering from liver problems. The liver is one of the most important organs in the dog’s body. The liver is the largest organ and it performs around almost 1,500 functions.

The liver plays an important role in the metabolism by performing a multitude of functions, including detoxification, mineral storage, glycogen storage and blood protein production.

The liver also produces bile, which is important during digestion of food. Several diseases cause reduced function of the liver and/or  its efficiency.  However, the liver is the only organ in a dog which can be recovered in full with the proper treatment, even when the damage is greater than 70 percent! Liver disease can be congenital or acquired. Congenital simply means medical conditions that are present at birth or before birth, while acquired means conditions that develop over a course of the dog’s life. There are 3 types of liver changes that can cause pathological behavior in its function:

The most usual causes for these changes may be liver masses, tumors, non-tumor masses, hepatic cyst, congenital vessel abnormalities such as congenital portosystemic shunt or acquired shunt due to hypertension or cirrhosis,  endocrine diseases, diabetes mellitus, hyperadrenocorticism ( also known as Cushing’s disease), hyperthyroidism diseases of other organs that jeopardize the function of the liver (heart, kidneys), infective diseases (bacterial, viral and fungal).

Various toxic substances such as pesticides, rodent poisons, chemicals such as antifreeze, alcohol, algae, mushrooms, etc can lead to liver problems and so can excessive intake of certain drugs.

Hepatitis is a viral disease of which may infect dogs of all ages and causes  serious damage to the liver, blood vessels, and kidneys. Other conditions that affect the liver include leptospirosis, salmonellosis, coccidioidomycosis and histoplasmosis, toxoplasmosis, copper storage disease. A history of abdominal trauma may be a culprit too.

Symptoms of Liver Problems in Dogs The first symptoms of liver disease in dogs are generic and common to many diseases, such as high fever, blood in stool, diarrhea, and loss of appetite and vomiting.

There are only a few symptoms that could be called specific for liver disease, but still, they may be a sign of other diseases as well. Some of the symptoms suggestive of liver disease are jaundice (yellowing of mucous membranes), increased thirst, increased urination, and off-white color of feces, loss of appetite, weight loss, and enlarged abdomen due to an accumulation of fluid (ascites) or an increase in the liver itself, nervous symptoms.

Infectious canine hepatitis can cause cloudy corneas in one or both eyes and this is called the Blue Eye, but this symptom is not unique to this disease.

Treatment for Liver Problems in Dogs In most cases of liver disease, there isn’t any specific treatment, but it boils down to support and symptomatic treatment as well as special diet that which is crucial.

The method of treatment depends on the form of liver disease. In milder forms slightly changed diet with supplementation of vitamins gives very good results. In chronic diseases, the treatment is prolonged with the use of appropriate drugs and special veterinary diets.

The type of therapy that will be given depends on the type of disease and the degree of liver damage. Regardless of the type of liver disease, or the extent of liver damage, the diet must be modified, sometimes just in the means to maintain proper nutrition and caloric intake, and sometimes specific diets may be recommended. Most basic facts for dog`s diet during liver problems are mentioned below;

Due to the fact that less protein is being processed in the liver, your dog`s diet must contain high-quality proteins but their levels must be moderate. High-quality proteins have a high biological value, they are good calorie sources, and they are easily digested. Good protein sources (that are also low in copper, which is important) are turkey, chicken, white fish, beef.

” As a general recommendation the dietary protein should represent 17 to 22% of digestible Kcal.”~ David Twedt, DVM, DACVIM

Dogs with liver disease can tolerate larger quantities of fat in their diet (30 – 50% of calories), and non-protein calories help reduce the need of gluconeogenesis, which happens in the liver, and further burdens the organ.

Fibers are important because some types help remove ammonia and reduce bile acids.

Carbs aids digestion, so oatmeal or rice is a good start.

Vitamin K helps bleeding disorders and clothing problems since the liver is the biggest producer and depot of this vitamin. In sick liver, this depot cannot be used, so it must be added as supplement. Vitamin E and Vitamin C are powerful antioxidants.Vitamin B complex.

Dog diets should be low in potassium and copper.

Dogs with the aforementioned problems often have little to no appetite, and sometimes it is necessary to force feed them with syringe or feeding tube.

Most of the liver problems are acute, and if treated on time with proper care, results are more than satisfactory. On the other hand, some types of liver problems are not curable or far gone, but with supportive care and medication, your pet friend may live a comfortable life.

DVM Ivana Vukasinovic is a veterinarian in Belgrade, capital city of Serbia.

She received her B.S from University of Belgrade in 2012, and her master’s degree from Veterinary University, Belgrade.

Before eventually becoming director of  Vetanima Doo, company that sells animal food, medicine and supplements, she have worked in many different fields of sales. After finishing college, she started working as sales person in biggest Serbian bookshop chain, and being passionate about books, she had reached the position of publisher.

After leaving this field, she started working as a veterinary commercialist, and then landing a job as veterinarian at veterinary pharmacy, in the same company in which she is now acting as director.

When she is not working, she is either glued to some fantasy book or cooking for friends. She currently resides in Belgrade with her cat Mile.